As someone who grew up not far from Glasgow, studied there and then swapped it for Edinburgh, I’ve experienced both of Scotland’s most noted cities.

Glasgow is unpretentious, sprawling and somewhat underrated by visitors; whilst Edinburgh is its obviously beautiful opposite, with its Old and New Towns and photogenic skyline.

At the end of November, I was invited on a bloggers’ press trip to Glasgow by VisitScotland and People Make Glasgow to celebrate the upcoming Year of Young People 2018.

To have the excuse to head back west — whether it’s blogging, or just putting up the family Christmas tree! — is always a pleasure. Plus, the itinerary included some unique tours that I knew would give me a different perspective on Scotland’s biggest city.

Our day in Glasgow began (after a commuter’s coffee!) in the city centre. Down the worn cobbles of bustling Buchanan Street, we met our guide Sven, who would show us around some of Glasgow’s hidden gems which were either designed by renowned architect Charles Rennie Mackintosh or his contemporaries.

We kicked off from the Mackintosh-inspired Willow Tea Rooms before being led down gloomy lanes, looking up all the while. It was a shame, Sven said, that few people took the street less travelled and missed out on Glasgow’s architectural secrets.

There’s the Lighthouse, a unique red sandstone tower which was the first commissioned work by Mackintosh, standing proud at the end of Mitchell Lane (just off Buchanan Street).

It was the home of the Glasgow Herald newspaper and — coincidentally — not far from here is another tabloid office, that of the Daily Record, designed in 1901 by Mackintosh. There’s slightly dulled white tiling on its facade, plus other intricate brickwork, that light up this dim lane.

There’s more around this hub by Central Station. Ca’ D’oro, designed in the late 1800s by Mackintosh’s future boss, has rounded windows which beautifully reflect the sky ceiling.

Further west on the upmarket Blythswood Square is an intricate doorway; the entrance to the Lady Artists’ Club designed by Mackintosh in 1908.

And finally — up one of Glasgow’s many steep hills or drumlins — is the original Glasgow School of Art building.

It was a huge heartache, not only for architects and admirers but also for locals, when the structure caught fire a few years ago. It’s due to reopen, lovingly restored, in early 2019. In the meantime you can wander through the bare, contrasting construction that’s the Reid Building opposite.

A healthy and hearty lunch at the Singl-end

After walking for several hours through the sprawling streets of Glasgow, we were all keen for some fuel. Cue lunch at the Singl-end, a bakery and cafe that’s just hugged into the city centre by the M8.

Down some fairy-lit stairs and into the Sunday brunch crowds, I was immediately drawn to the lengthy table of fresh salads, breads and cakes (which looked incredible). The menu was an expansion on what my eyes had just seen: breakfasts, open sandwiches, specialty loaves and vegetable sides. 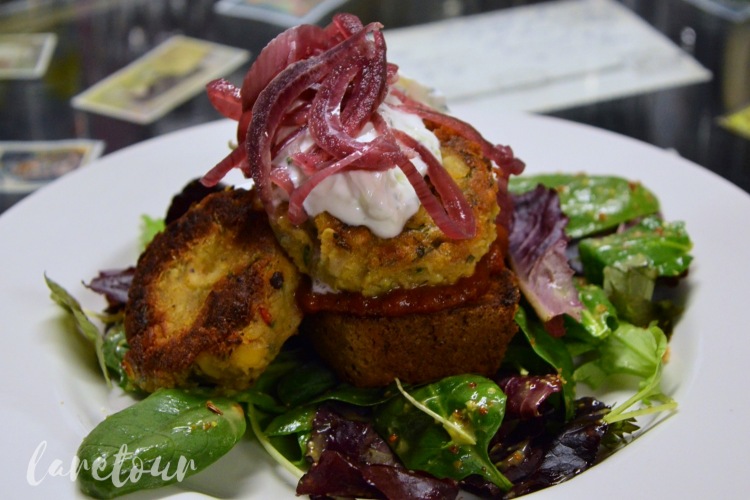 Every single dish in my eyeline looked delicious, but I finally opted for the eggs benedict (which, obviously, given the surroundings, came with a twist).

Served with almond bread, the two poached eggs sat on roasted sweet potato and covered with an avocado and cashew hollandaise plus chopped chillis. Insanely lovely… There’s a reason this place is so revered!

An afternoon at Glasgow’s newest distillery

Onwards from the edge of the west end, we took a taxi to the riverside to visit the gleaming-new Clydeside Distillery. Perched on the edge of the Clyde and regenerating this part of the Queen’s Dock, the distillery has literally just opened its doors… So it’ll be a while (3 years at least!) before it begins selling its first malt whisky.

I’m not a whisky fan — perhaps it comes with age, or maybe I just haven’t drank enough yet! — but it’s fascinating to take the tour and discover the scientific process behind Scotland’s national beverage. Plus, its location on the river lets you take in some of the glittering Glasgow skyline.

If there’s one rule for travelling in Glasgow… 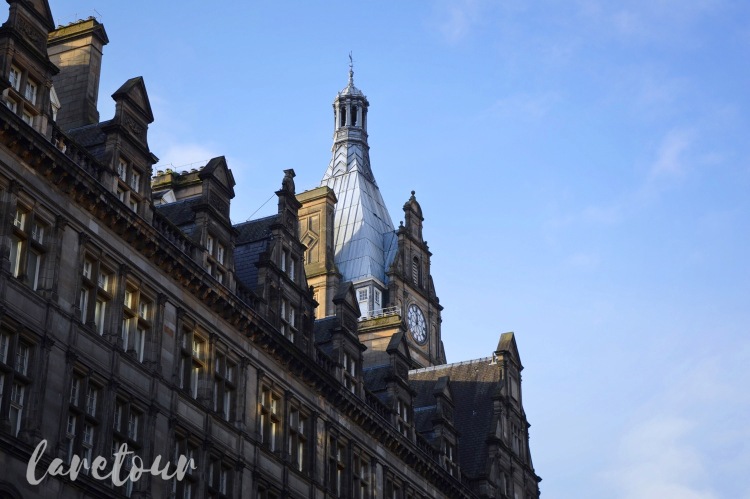 After another insanely good Glasgow curry — yes, the westerly city definitely trumps Edinburgh for Indian food! — we wound up dancing the night away at the St Andrew’s Night ceilidh with fellow bloggers.

It was a fantastic way to round off this very Scottish of days and — as I spun around the floor — I lifted my head to the saltires hanging from the balcony.

That, I thought as I looked at the blue and white flag, really is the key to visiting Glasgow. Put aside any prejudice you have about this underrated city, let your heart be won by the locals and always, always look up.

Thank you to VisitScotland and People Make Glasgow for inviting me to be part of this bloggers’ press trip to celebrate the upcoming Year of Young People 2018.

I wasn’t paid for writing about this visit; I genuinely love Glasgow (basically my home city!) and think it needs a lot more love online! Have you explored Glasgow’s city centre?

10 thoughts on “A whirlwind walking tour of Glasgow city centre”