I’ve often wondered if I could ever live in a city. Having spent my whole life growing up in a west coast village, I’ve had the luxury of both vast greenery and vibrant Glasgow right on my doorstep. And as much as I love the bustling west end, one of my favourite things to do is leave behind the tenements and the traffic, and head towards the trees and tranquillity.

I always write on here about how much I love the great outdoors, but after reading ‘Wild’ by Cheryl Strayed I began to reassess my relationship with ‘true’ wilderness. At 26, after the death of her mother and the dissolution of her marriage, Strayed makes the snap decision to hike 1,000 miles of the Pacific Crest Trail. Through the Mojave Desert, Sierra Nevada’s snowy outskirts and Oregon’s emerald forests, Strayed is fearless. And it got me thinking. Could I complete such a challenging journey? Would I be as bold? And most of all, how in love with the ‘wild’ am I, really? 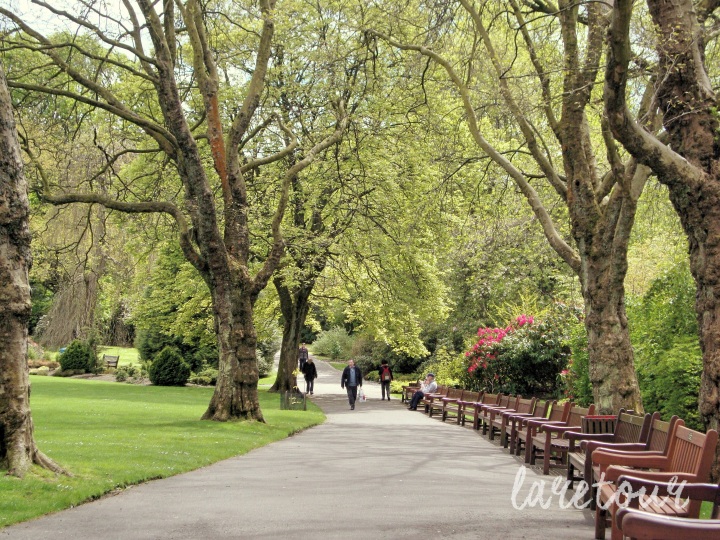 I suppose the outdoors is rather à la mode at the moment. Books like Strayed’s and Krakauer’s ‘Into the Wild’ have reminded us of the perfection — and peril — of Planet Earth. And away from literature, society itself seems greener. There’s been a surge in healthy eating and veganism (which I have not been immune to…) and a wider awareness of environmental issues. Plus, there’s the indefatigable rise of the hipsters, who champion two-wheeled transport and wear hiking books and Herschel backpacks. Not because they’re going up a hill, you understand, but just because they can.

But how many of us have actually escaped our cities, our villages, our normalities in favour of true wilderness? As much as I love the outdoors, I don’t think I’ve ever camped further than a couple hundred metres from the nearest toilet block. I may have gone caravanning every summer since I was small, but hot showers were but a stone’s throw away. Reading ‘Wild’ made me realise that I’ve attached myself to modern comforts and — by doing so — I’m missing out on the true meaning of ‘wilderness’.

Thanks to ‘Wild’, I’ve got a new appreciation for nomadic travellers, those that go over borders and mountains, descending to lakes and trails with nothing but their pack and their provisions. Like them, I want to peel off the sticky excesses of modern society — the electronic paraphernalia, the clothing, the never-ending stream of bad news and worse news — and immerse myself in nature. This summer, I plan to spend several days on the hills in my hiking boots, searching. Because what Cheryl Strayed found at the end of her thousand-mile hike was not the key to the natural world, but herself. And aren’t we all searching for that?

Have you got a favourite thing about being in true wilderness?